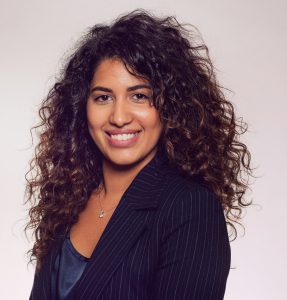 Dunia Khalil is playing the role of Leopoldine Kulka in the movie, filmed by Clapham Film Unit. She is currently doing a small research about the historical figure – Leopoldine Kulka. Dunia is a consultant for ZARA (Zivilcourage und Anti-Rassismus-Arbeit), where she mainly advises victims and witnesses of racism and hatred on the internet. At the same time, she is studying law at the University of Vienna. She has gained initial experience and knowledge in the areas of human and equal treatment law in numerous internships, including the Ludwig Boltzmann Institute for Human Rights and the Chamber of Labor. In addition, she is involved in the charity sector, where she has already implemented and directed several projects. She is involved in various international working groups and projects, such as the “Civic Solidarity Platform working group on women and gender realities” and the monitoring working group “Code of conduct on countering illegal hate speech online”, which is coordinated by the European Commission.