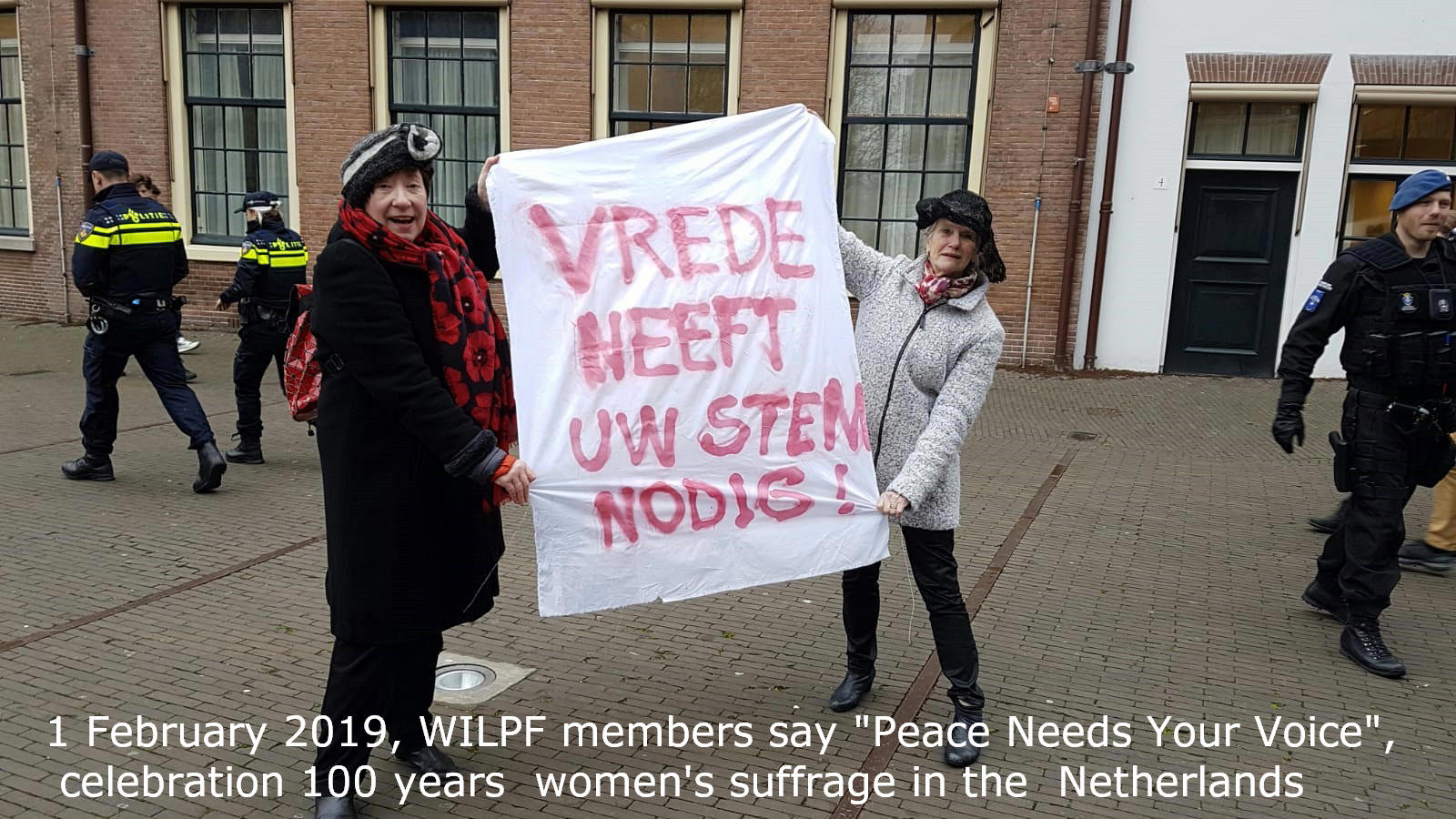 It was not an easy job to get the women’s right to vote. After the first actions in the 19th century the situation became even worse.  As a reaction the exclusion of women was formally enshrined in the Constitution in 1887. Before that the argument for exclusion was even in court just the traditional role and incompetence of women. When women’s right to vote finally was introduced in 1919 a member of parliament warned the country saying “This is an evil that will seriously avenge itself later”. Well, that did not happen. However, the goal of equal representation in politics has still not been achieved. In 2019 30% of the members of parliament is a women and in the government women are also underrepresented. Sadly, the aspirations to change politics and make the world more peaceful were not fulfilled. WWII was to come and the call for peace from women’s and peace organisations was overruled by unsolved conflicts after WWI.

The second feminist wave that started in the sixties of the 20th century was more succesful. Feminist political actions were accompanied by the flower power movement, a strong squattters movement and a peace movement inspired by the beginning of the end of the cold war.

On 1st February 2019 women came together in and around the Parliament building to celebrate a 100 years of women’s suffrage. Speakers were women that played important roles in the second feminist wave. One of the core issues in the Netherlands next to political representation was economic indepence by earning an adequate  salary and share domestic work.  Although many action points relating to equal treatment legislation, education, childcare, reproductive health care were succesful, women now suffer from overload.

WILPF Netherlands that was disbanned during WWII has started again in 1983 and became part of the women’s movement. It demonstrated against cruise missiles ands nuclear arms, joined the peace train to Beijing in 1995 and promoted the international Women, Peace and Security agenda.

More political participation, a feasable personal life situation and a feminist perspective towards conflicts in the world, a lot has to be done.

During the celebration of 100 years women’s suffrage WILPF Netherlands held up some banners saying ‘Vote against Militarism’ and ‘Peace Needs Your Voice’.