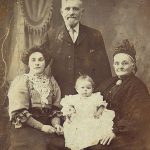 Ellen grew up in slum housing in the Manchester district of Chorlton-on-Medlock, ‘a grimy district’ to a family of poor but ambitious, self-educated Irish immigrants. Her family were devoutly Wesleyan Methodists and were keen that Ellen get a good Christian education.

At school Ellen was described as ‘rebellious and outspoken’ which are qualities that were ascribed to her throughout her political life, although her intelligence was clear, and she won a scholarship to a local elementary school. Ellen was politically active from a young age and joined the ILP at age 16 inspired by her father’s view of self-improvement and social mobility. After leaving school Ellen pursued a career in teaching as one of the few ways for working class women to earn a wage and received a bursary to contribute to her studies. She was later then accepted to study History at Manchester University. 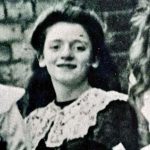 In 1913, Ellen graduated with a 2:1, not the first honours degree her tutors expected, Ellen said this was due to her commitment to her work with the union and their struggle for fair working hours for shop workers, “I deliberately sacrificed my First … to devote my spare time to a strike raging in Manchester”. Soon after she undertook her first paid political role as a member of the National Union of Women’s Suffrage Societies (NUWSS) working in Manchester, with her sister who was secretary of the branch. Here began her reputation for her notoriety for her passion and revolutionary zeal. At 4’10 and with red hair, she gained the nickname ‘Red Ellen’ describing her physically as well as her radical political views.

Against the backdrop of WW1, Ellen became disillusioned with the ILP after they changed their anti-militarist stance in the wake of war, ‘like many in the Labour movement, she condemned it as an imperialist exercise that would result in the deaths of millions of workers’. Ellen believed that the war was ‘an unjust and imperialist war’ and proclaimed her pacifist stance by joining the Women’s International League for Peace and Freedom. 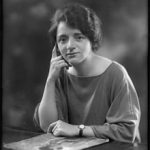 At 27 Ellen travelled to Zurich for the 1919 peace conference with WILPF, she was the youngest by far and as a working class women at very much the left end of the political spectrum, marginalised within the group. Although experienced through her work with the NUWSS and the ILP meant she was used to speaking in front of large groups, she was less accomplished than many of the other delegates. This was Ellen’s first time abroad and she did not speak French and German proficiently like many other members from more wealthy and educated backgrounds who could keep up with the change of language throughout discussions. She felt kinship with working class Scottish suffragettes Chrystal Macmillan and Helen Crawfurd, whom she travelled to the conference with. Helen and Ellen made sure to pay their respects to the sites of the 1789 and 1871 revolutions on their trip whilst travelling through France. They also shared accommodation during the stay in Zurich and discussed the Bolshevik movement in Russia as inspiration for their vocations. Ellen’s Marxist influence was clear throughout the conference and she discussed the impact of war not in terms of feminist analysis and its impact on children and women but on Marxist principles such as economics. She was told at one point to tone down her revolutionary tone which was then defended by Chrystal McMillan. By the end of the conference when the terms of the treaty of Versailles were released, Ellen was horrified at the agreement and saw the terrifying potential of more war based on the inadequacy of the document.

Ellen remained critical of WILPF whilst being a member, it was clear she struggled with the majority of members being wealthy and middle class women and the lack of appeal to working class women. She went on to be one of the founding members of the British communist party after being inspired by the Russian Revolution of 1917 and the level of control the workers had and focused on her work with the working classes from then on. Ellen rose to fame as a household name in the 1930’s through her work as MP for Jarrow, in the house of commons she stated  “I happen to represent in this House one of the heaviest iron and steel producing areas in the world—I know I do not look like it, but I do”. Her work with the Jarrow marchers to protest to the government about unemployment and poverty in the Tyneside area now has legendary status for many socialists in the UK. She later went on to become a member of Winston Churchill’s wartime cabinet as Minister for Education and one of her legacies is the raising of the school leaving age. 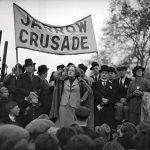 en died in her mid 50’s, it is said she gave in to years of tireless overwork, in her obituary it was said that ‘wherever there was a row going on in support of some good or even fairly good cause, that rebellious redhead was sure to be seen bobbing about in the heart of the tumult”.